On the 14th of February 2021 Street Soccer Academy will celebrate ten years as a UK Registered Charity and are planning a number of events throughout the year to mark the occasion. We would like to invite friends and supporters to join us by engaging in events, either in person when this is possible later in the year, or by joining in the online conversation taking place on our social media platforms. Presentations over the year will look at some of the successes of the last decade, highlighting the impact made in the lives of many individuals in the region and additionally feature some of the individuals, companies and organisations who have provided support along the way, making many memorable moments whist undertaking our work.

In this blog we take at look at the early years, even before Street Soccer Academy was established, to look at the charity’s origins and the motivation behind what we do. Back in 2005 Andrew Thorp, SSA Chief Executive, took on the task of establishing a diversionary football-based activity on behalf of an inner city charity based in Manchester. The aim was to provide a weekly football session providing homeless men, both rough-sleepers and those living in hostels or temporary accommodation, with something positive in their lives, something to look forward to in an otherwise chaotic lifestyle. Very early in delivering the sessions it became evident that the sessions would benefit individuals not necessarily considered homeless, but none the less suffering from acute needs and that the demand for such sessions existed in most communities beyond the city centre, into the rest of the boroughs of Greater Manchester. It was in the planning of the expansion of the work that Andrew re-engaged with Simon Murphy, SSA Chief Operating Officer, their paths having briefly crossed earlier in community-based football. In 2007 Andrew & Simon established their first joint collaboration in Bolton and by 2009 Simon had joined Andrew working full-time for the same inner city charity. As the project grew it became more and more evident that the project Andrew had established back in 2005 had huge potential to impact the lives of hundreds of disadvantaged individuals across our region, but in order to achieve this the work needed to establish itself, in it’s own right, with specific aims and objectives tailored to working with disadvantaged individuals in the arena of community football. In 2010 Andrew and Simon, with a small board of directors, established Street Soccer Academy as a UK limited company, achieving the current status as a UK Registered Charity in February 2011.

In April of 2011 SSA marked achieving charitable status with an event held at our HQ in Bolton, taking the opportunity to launch new branding and to highlight plans for the coming years. Ten years later, in a year when it would be appropriate to host a similar event to celebrate the anniversary, a global pandemic means that this is not possible. However, it would not be appropriate to allow this significant moment pass without celebrating it and so, like many areas of our lives at present we have had to come up with new and imaginative ways of doing things this year. A number of online initiatives will be hosted, starting in February with a campaign, in partnership with Aviva Community Fund, which will allow our friends and supporters to get behind the establishing of a new Drop-in centre. This facility will enable SSA to tackle the effects of isolation suffered by our service users, helping them establish and maintain vital connections in the communities where they live. In a year when most have suffered to some extent the effects of isolation due to lockdown restrictions, the hope is that many of you will join in highlighting the campaign ensuring fundraising attempts to see this vital resource established are successful.

It is understood that for many supporters nothing can replace the excitement of getting hands-on and being directly involved in fundraising campaigns. Soccer 24 is especially popular and has been SSA’s ‘Premier Fundraiser’ for more than a decade, but as many of you know it was not possible to host the event in 2020. ‘Lockdown 24’ hosted in it’s place enjoyed relative success and SSA will potentially look to host a similar event in the summer of 2021, but the news most of you Soccer 24 fanatics are looking for is that we will look to host your favourite event in the final quarter of 2021. At this stage this is, of course, subject to positive progress in the nations attempt to overcome COVID-19. Please keep a look out for further information on our social media channels.

Updates regarding this year of celebration will be posted through our social media channels and on this blog. In preparation please make sure you click ‘like’ on Facebook and ‘follow’ on Twitter and Instagram (links are provided in the red bar at the top of this page). SSA look forward to engaging with you online and maybe, in the not too distant future, at a live event, in person. Please keep an eye out for the Drop-in Centre Campaign in February. 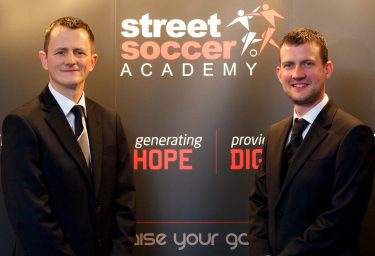 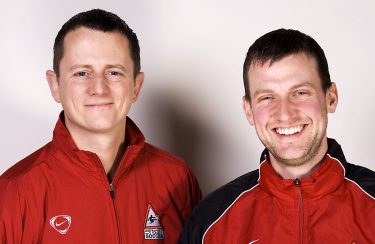 Previous ALL Next
ALL