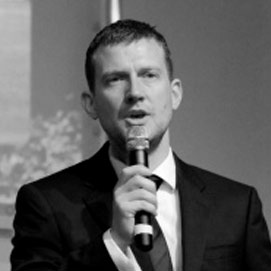 Andrew founded the Street Soccer Academy concept in 2005 and under his leadership the work has developed into an award winning registered charity and innovative enterprise.

Educated at Loughborough University, Andrew has a BSc Hons in Management Sciences and has experience as a tutor and assessor at Salford City College, responsible for the delivery of an NVQ 2 qualification in Teaching, Instructing and Training. He is also a UEFA ‘B’ qualified coach and has vast experience working in the professional and semi-professional football world at Rochdale AFC, Leigh RMI and Trafford FC. It is through his experience in these fields that the accredited education programmes have been formulated in order to significantly enhance the opportunities of Street Soccer Academy beneficiaries. Andrew’s passion is to see individuals, whose circumstances place them on the margins of society, permanently turn their lives around through the positive influence of Street Soccer Academy. 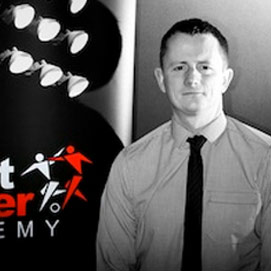 Prior to involvement with Street Soccer Academy Simon was a director of Ambassadors in Sport and has a wealth of experience in grassroots football, as a player, coach, club chairman, having worked widely across the UK, USA, Europe and Asia. Simon has a vast knowledge of running major tournaments and festivals having organised the National Christian Football Festival for a number of years and as an executive committee member of the National Christian Cup. Simon is also responsible for devising the unique Soccer 24 fundraising concept, now used to raise funds for charities worldwide.

Simon’s vision is to see people being given hope and dignity through involvement in the quality football provision of Street Soccer Academy and the professional services & advice offered by partner agencies. 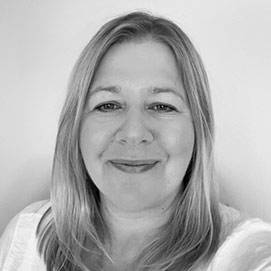 Zoe was recruited on a full-time basis in early 2013, following a two-year spell working for Street Soccer Academy in a voluntary capacity and completes the HQ-based Senior Management Team.

Responsible for Street Soccer Academy’s affairs as a limited company and registered charity, Zoe brings with her a wealth of experience gained in the financial services industry, latterly overseeing the general insurance portfolios and risk management services for large, UK based companies, on behalf of an independent insurance brokers. In her time as a volunteer Zoe implemented the Sage accounting system for the charity and is responsible for the development of Street Soccer Academy’s policies and procedures. Working now on a full-time basis Zoe is responsible for the maintenance of a robust system of managing Street Soccer Academy’s activities, enabling the reach and the influence of the charity to be furthered, whilst ensuring an unrivalled level of service delivery.

Zoe’s vision is to generate hope for homeless and disadvantaged individuals through a UK network of SSA Regional Centres, resourced and equipped through a professionally managed HQ.